This game was run as a solo battle over two evenings to cover action on the Northern Front in winter 1942/3. As soon as the ground hardened, two Soviet armies (8 and 25) moved against the German forces covering the western approaches to LENINGRAD.For this battle, each division was represented by an NQM (s6) battalion. 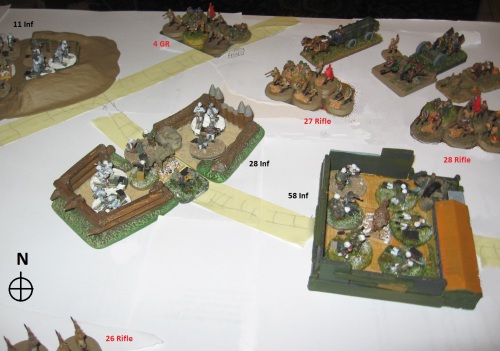 The Soviets then reorganised for a night river crossing. Remnants of  11 Inf and 28 Inf  had managed to withdraw and reorganise on the west bank, but their hastily-scraped positions did not hold.

A last ditch attempt at a controlled demolition, by the pioneers of 1 Infantry Division, who were guarding the bridge, failed. 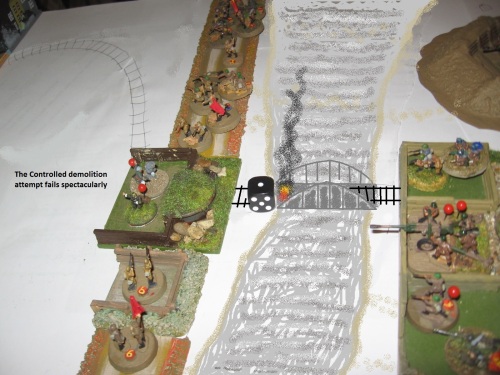 The offensive ran out of ordnance at this point, so had to stop, but the road to LENINGRAD had been opened.

2 responses to “Prelude To Winter – LENINGRAD”