Many wargamers are prone to collecting fetching military hats and striking poses in them, so in honour of the late Doctor Paddy Griffith submit your pictures here please, where they will be immortalised. Become a member of the wargames glitterati! 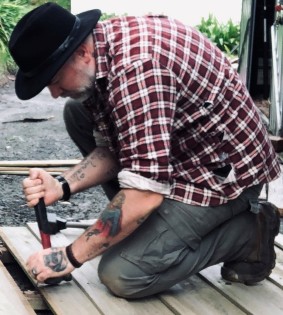 Imperial Rebel Ork has made it into the Hat section. He already features in the Shed section, and is building another. Being a WH40K fan, he owns a chain sword, but with a name like Luke, he really ought to be a Jedi. 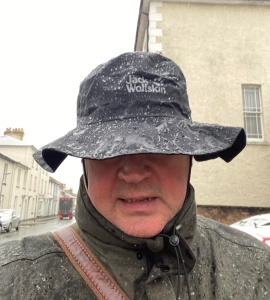 Iron Mitten aka Secundus has made an impressive entry with an otherwise unremarkable Jack Wolfskin  Hat (They are very good). The way he wears it it is still 1642 or 1862. 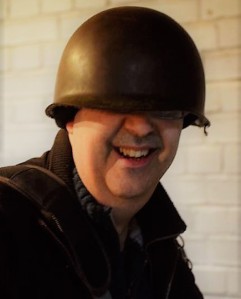 The Post ALAMEIN Victory Photo below is notable for effective deployment of Pith Helmets, Panamas and a Fez. Another retired professional hat sneaks its way onto the page – not a trend that I wish to encourage 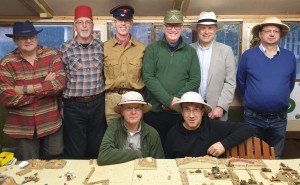 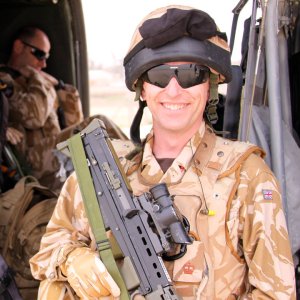 By contrast, Major Kilgore is back on this page after a long absence. I’m not sure that your new hat counts Major, as it looks a bit too professional for this blog. The smile is nice though and the cool shades with cover worn at a jaunty angle tip the balance in your favour 🙂 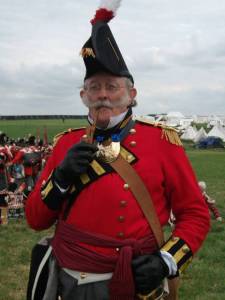 The Splendidly named “General Whiskers” has joined the blog. I am advised that he owns a large collection of hats and a wig!

The measure of the fellow (for he is a re-enactor) can be gauged by the following quote from his blog:

“Having erected and furnished the bell tent, including a sea chest, a tensioned rope bed frame, a wash-stand and my writing table (I like to live in authentic comfort), I unloaded the kit that I had brought for the officers’ mess tent. One six-foot oak table, six chairs, candelabra and table furnishings.” 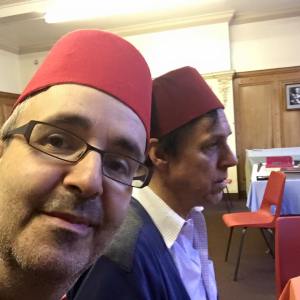 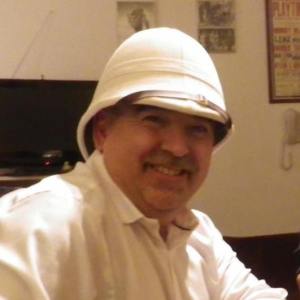 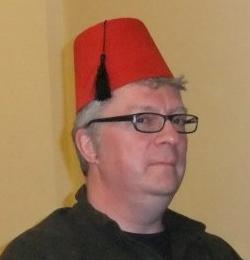 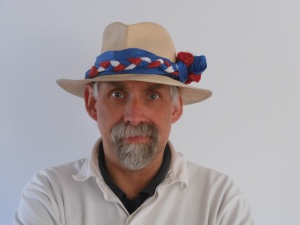 Alan Gruber  (Tradgardmastre) is in Jubilee mood with this hat. 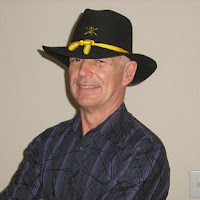 Don Maddox of Brazos Evil Empire sports an appropriately black US Cavalry hat. What was the name of that Indian again? 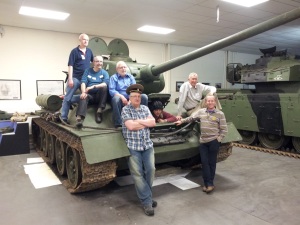 Comrade General Wallmanski seen relaxing with his disappointingly hat-less headquarters staff and faithful command tank driver Alex Kleanthous, after the battle of KHARKOV. Inexplicably, he has not yet had a visit from the NKVD.

This picture copyright Tom Mouat is from the June 2012 Megablitz game at RMCS Shrivenham. 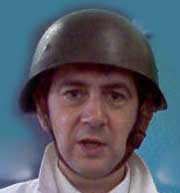 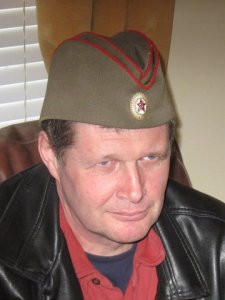 Comrade Marshall Bankanista, upon being told that Moscow has not yet fallen to 1st Shock Army

Thanks to Derek Henderson for sending in some splendid examples of Hattism, which I shall hold should I ever need to blackmail him, and especially the one above! 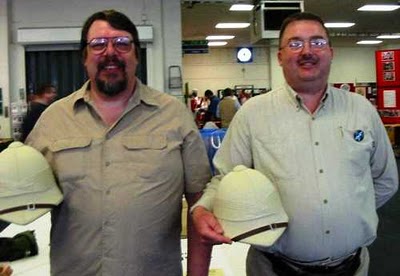 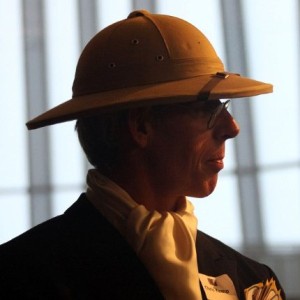 One response to “Men In Hats”