Chris Kemp’s Not Quite Mechanised 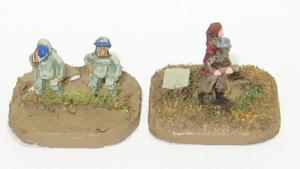 At the operational level – Luftflotte, Fliegerkorp

At operational level, the Luftwaffe was divided into Luftflotten (Air fleets). Each Luftflotte contained several Fliegerkorps, the core of which were several Geschwäder, but also independent Staffeln and Kampfgruppen attached. Operational aircraft strengths fluctuated wildly. The Geschwäder was the fixed unit whose designation did not change

At the tactical level – Geschwäder, Gruppe and Staffel

A Geschwäder  would be roughly equal an  RAF Group and comprised about 100-120 aircraft or 3-5 Gruppen. If Gruppen or Staffeln were moved between Geschwäder, they changed their designation to fit into the new Geschwäder.

A Gruppe  would be roughly equal an  RAF Wing and comprised about 30-36 aircraft, or one NQM model of 1-4 strength points.

A Staffel  would be roughly equal an  RAF Squadron and comprised about 10-12 aircraft or one strength point.

The following aircraft types were used by the Luftwaffe. I have not included purely Strategic Aircraft, Trainers or Night fighters, nor aircraft where only small numbers saw service at the very end of the war. , I have included the German designation, (first operational use) and [Type]. If I have been able to determine, I have given operational areas and any comments that help: If it looks a bit like an easily available aircraft that it can be modelled from, I have noted that (less necessary in 2021 with 3d printing). The main source for this section is Gunston, B. (1978) Combat Aircraft of WWII. Arranged by date of entry into service using his framework.

1/144 Stuka from the Author’s collection 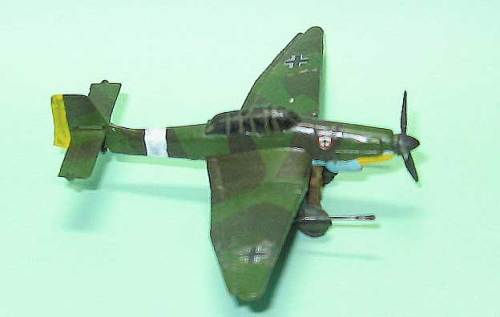 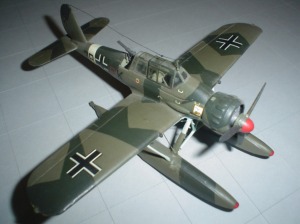 This link gives an orbat for the Luftwaffe on the eastern front.

This link gives an orbat for the Luftwaffe in North Africa.

One response to “NQM Luftwaffe”